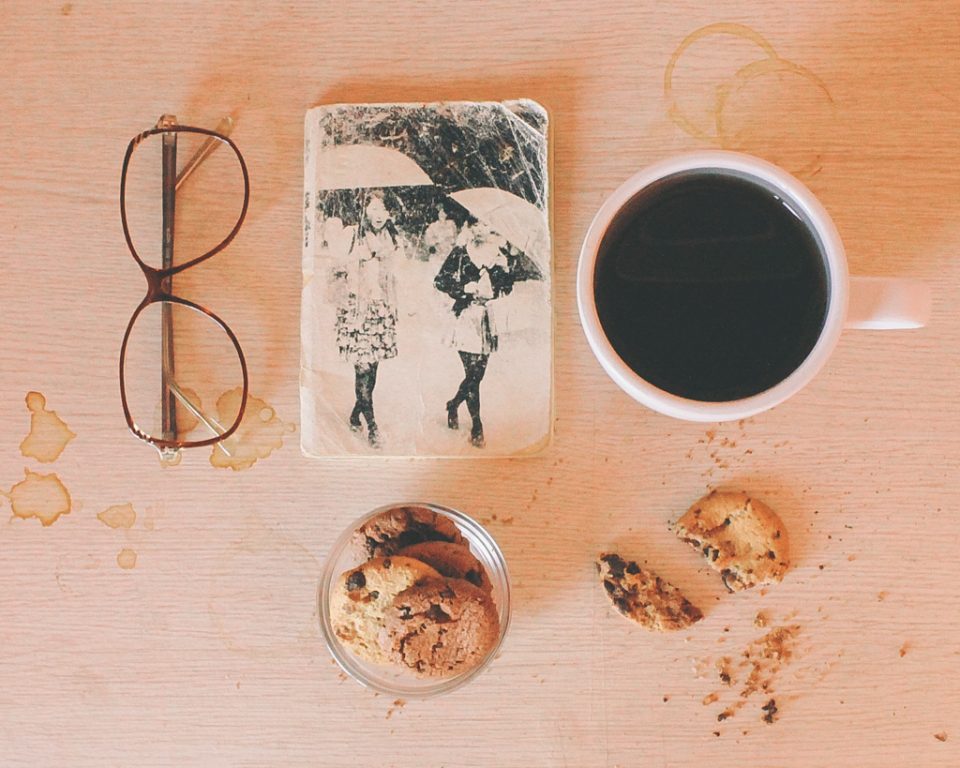 Among other things, which are mostly the awful ones, the pandemic has strangely helped me reevaluate many views in my life. One of them is the realization that the common mindset of “work isn’t meant to be happy, it’s meant to be done so you can use your paycheck to afford things that make you happy” may not only be outdated, but also a little peculiar. I used to live by that motto, thinking that it doesn’t matter if I have to spend more than half of my awake time every day dealing with things that are less interesting than my leisure activities. Because at the end of the day, I get paid for it, and I can then use my income to afford things that not only I genuinely love about, but also won’t be able to afford otherwise, such as travelling.

But I never noticed how sad that idea might sound, until the pandemic.

Before the COVID-19 outbreak, we probably never fully realized that there’s very little guarantee that our future plan, which might sound like another straightforward, regular plan, would work out just because it had always worked for other people from different timestamps in the past. After all, who would’ve thought that the future of many activities, such as flying on a plane, would change in a blink of an eye? The possibility of a global event that would affect all of our lives simultaneously might sound like a sci-fi movie plot that would never occur in our lifetime, yet it already does.

Some of us were already stuck with the habit of promising ourselves to compensate for our daily struggles once it’s time for a long-overdue holiday. But the future is never guaranteed. Only today is. Thus, isn’t the most logical thing to do is to shift our main source of joy to the everyday things?

We can’t rely on our chance to be able to wander the globe again to feel fulfilled. We can never just decide to postpone our happiness until it’s holiday time. We can no longer just click snooze to the reminder to enjoy life until it’s one of those 25 days in the year we’re allowed to be out of the office. It even feels more pathetic because oftentimes, I could simply forget that it’s already the 25th day of the month where my bank account sees the light of day, since I no longer know when I can put them to use into something I truly enjoy doing.

It made me notice how pivotal it is to build day-to-day surroundings and activities that not only support our well-being, but also allow us to feel good every day, so we don’t just rely on the very few days we get to be work-free – and that’s also if our desired plans still have a shot at taking place. Because, remember, pandemic?

Even outside the pandemic, doesn’t it just make us more aware of possible future events and occurrences that could prohibit us from executing our plans, be it as small as a conflicting schedule, or a major one like a global climate crisis? As unlikely as we thought it was, we’ve lived during a long global pandemic, and what’s stopping the world from another hiccup that prevents us from making our seemingly fool-proof plans come true?

The pandemic makes me realize that everyday things matter the most, because it’s the only thing we’re guaranteed to have as long as we’re still walking on Earth, and even already have today.

For me personally, it started with a makeover of my childhood bedroom to create a minimalist space that reflects my vision and needs as an adult. In hopes that I won’t need a staycation getaway to feel recharged, because I love where I live already. Then came other hobbies that could be easily tucked in between my work activities, especially those that have immediate, quantifiable outcomes, such as houseplant caring and taking photographs of them, or going back to writing. I’ve also adopted a pet cat, although this one came really unplanned and by surprise. Side note: I had always wanted to have a pet cat since I was a kid, so being able to adopt one after 27 years of living is personally such an immense blessing.

It may not be perfect, since there are times I got tired of these too and started craving for a bigger thing such as jumping onto a plane and be somewhere else immediately. At the same time, perhaps we can only do these everyday hobbies three hours a day top since we have other daily errands to run. But if it at least gives you a reason to survive another day, isn’t it worth trying?

Obviously, drastic changes such as switching jobs to suit your true callings may not be a privilege that everyone can afford. But it might be a good time to start thinking of building a side hustle or a platform of some kind that you feel genuinely inspired and excited about where you could potentially work full-time at in the future.

I’m lucky that my current work environment is quite healthy, that the idea of quitting barely crossed my mind. At the same time, I also know that I’d probably feel more fulfilled if I could do something else – although it doesn’t imply I’m not grateful for what I have. It doesn’t mean that I would want to leave my current job, since it took a lot of time and effort to get here. But it’s still worth investing my time and effort to research on things that I feel more suited for, that I know by heart I really am built for, and would probably tick one of those boxes in my quest for a complete ikigai.

Until then, it might be okay to spend most of our time in a week hustling while we look for a way out to balance our needs for a stable income and a craving for doing something that truly sparks our joy. The fact that most people may not be working in something they’re sincerely thrilled about, doesn’t mean it’s the way working is supposed to feel.

Or maybe your current job will grow on you that you won’t feel the need to escape from it every once in a while. But maybe, it will just stay the same. On the other hand, maybe your priority will switch from financial goals to just feel good about living, and that probably means sailing away from that old routine. In the meantime, preparing to figure out what we’d want to do by then is perhaps the best way to go about it.

All in all, the pandemic taught me that life should probably consist of a smaller, yet consistent, day-to-day speck of bliss, instead of a bigger yet inconsistent surge of thrill whilst your everyday well-beings aren’t well taken care of. 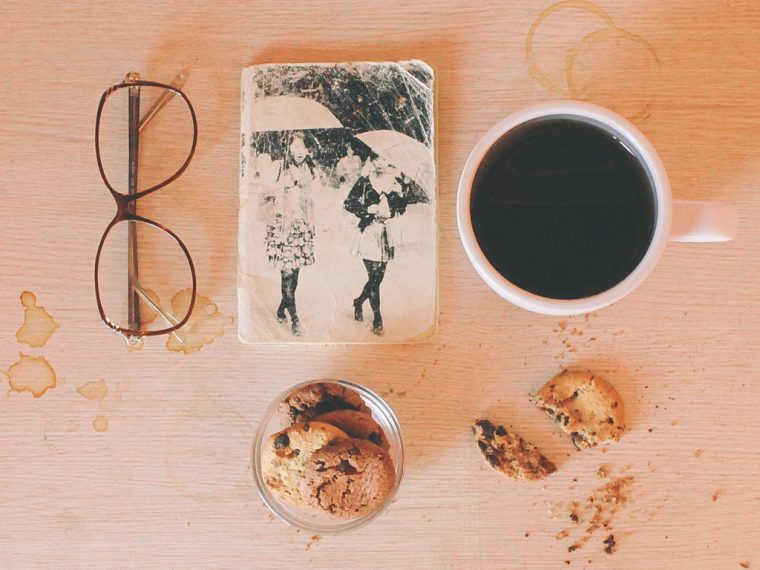 Maybe I’d rather become a minority

On ikigai and bizarre “guilt” of fortune 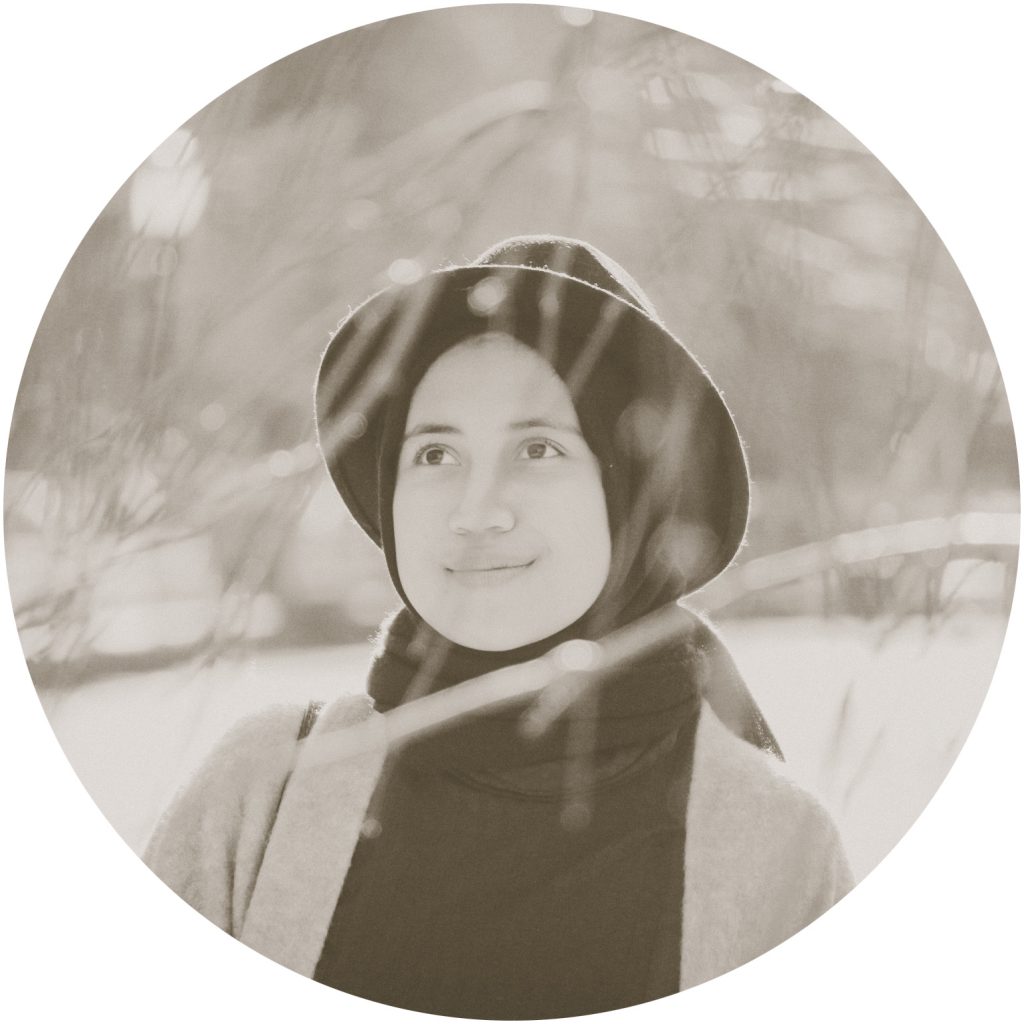 Dhania Albani is an anagram slash artsy alter ego of Nabilah Adani, a 27-year-old Indonesian born and bred. Currently works as a full-time geologist, but writing was one of her earliest hobbies, and the longest-surviving too.

Here, she writes about her travels, thoughts on mostly mindfulness and mental health, daily life in Indonesia and beyond, hobbies, or humans around her.

A bit more about her here.

If you enjoy my writings and would love to show your support directly, say, by helping me buy a shot of caffeine to flush down the writer’s block – here goes in one click: